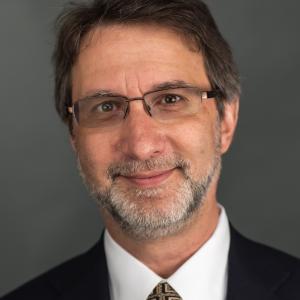 Haym Hirsh is a faculty member within Cornell's Computing and Information Science.

Born on what is now L. Ron Hubbard Way, three miles from the Hollywood Sign, Haym Hirsh spent the first quarter-century of his life in California, receiving his BS degree in1983 from the Mathematics and Computer Science departments at UCLA and his MS in 1985 and PhD in 1989 from the Computer Science Department at Stanford University.Unhappy with the weather, he moved to Pittsburgh when he found a way to spend his final year at Stanford at the University of Pittsburgh and Carnegie Mellon University. Thefollowing year he achieved his life-long dream of living in New Jersey by joining the faculty of the Computer Science Department at Rutgers University. As part of his never-ending spiritual quest, he has also spent time as visiting faculty at Carnegie Mellon University (in their School of Computer Science), MIT (in various combinations of theArtificial Intelligence Laboratory, Laboratory for Computer Science, the Sloan School of Management, and the Center for Collective Intelligence), and NYU (in theInformation Systems Department at the Stern School of Business). From 2003 to 2006 he served as Chair of the Rutgers University Computer Science Department, and from2006 to 2010 he served as Director of the Division of Information and Intelligent Systems at the National Science Foundation. By 2012 he pined so greatly for his lostbureaucratic self-actualization that he was consecrated once again as department chair at Rutgers. When he is not teaching courses, conducting research, attending lots of meetings, or creating meetings that lots of others have to attend, he writes silly biographies with lots of gratuitous pointers to other web pages.

(You can also see a more stodgy short bio or a long-winded formal CV.)