David Williamson, a leader in the area of approximation algorithms and a longtime Cornell professor, will serve as the next chair of the Department of Information Science in the Cornell Ann S. Bowers College of Computing and Information Science. His term will run from July 1, 2021 until July 1, 2022, with a possible extension to a second year. 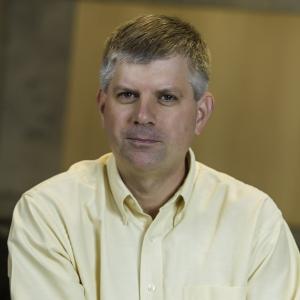 Williamson succeeds Steve Jackson, associate professor of information science, who has held the role since July 2018.

Williamson received his Ph.D. in Computer Science from the Massachusetts Institute of Technology under Professor Michel X. Goemans. After a postdoc at Cornell, he spent several years working for IBM before returning to Cornell in 2004 as a professor in the school of Operations Research and Information Engineering, and the Faculty of Computing and Information Science.

He is well-known for his work on the topic of approximation algorithms, and has been awarded several prizes, including the 1994 Tucker Prize from the Mathematical Programming Society and the 2000 Fulkerson Prize from the Mathematical Programming Society and the American Mathematical Society. His research focuses on finding efficient algorithms for hard discrete optimization problems, with a focus on approximation algorithms for problems in network design, facility location, and scheduling. For his many contributions, he has been recognized as an ACM Fellow and SIAM Fellow. Since his arrival at Cornell, Williamson has served as a central and engaged contributor to the Info Sci department.

“We have been living through tumultuous times with unprecedented crises and hardships felt by our community,” Bala wrote. “Steve has provided steady and thoughtful leadership throughout. Steve’s dedication to the department’s faculty, students and staff has been essential to advancing the mission of the Department of Information Science. I thank him on all our behalf for his service.”