By Tom Fleischman from the Cornell Chronicle 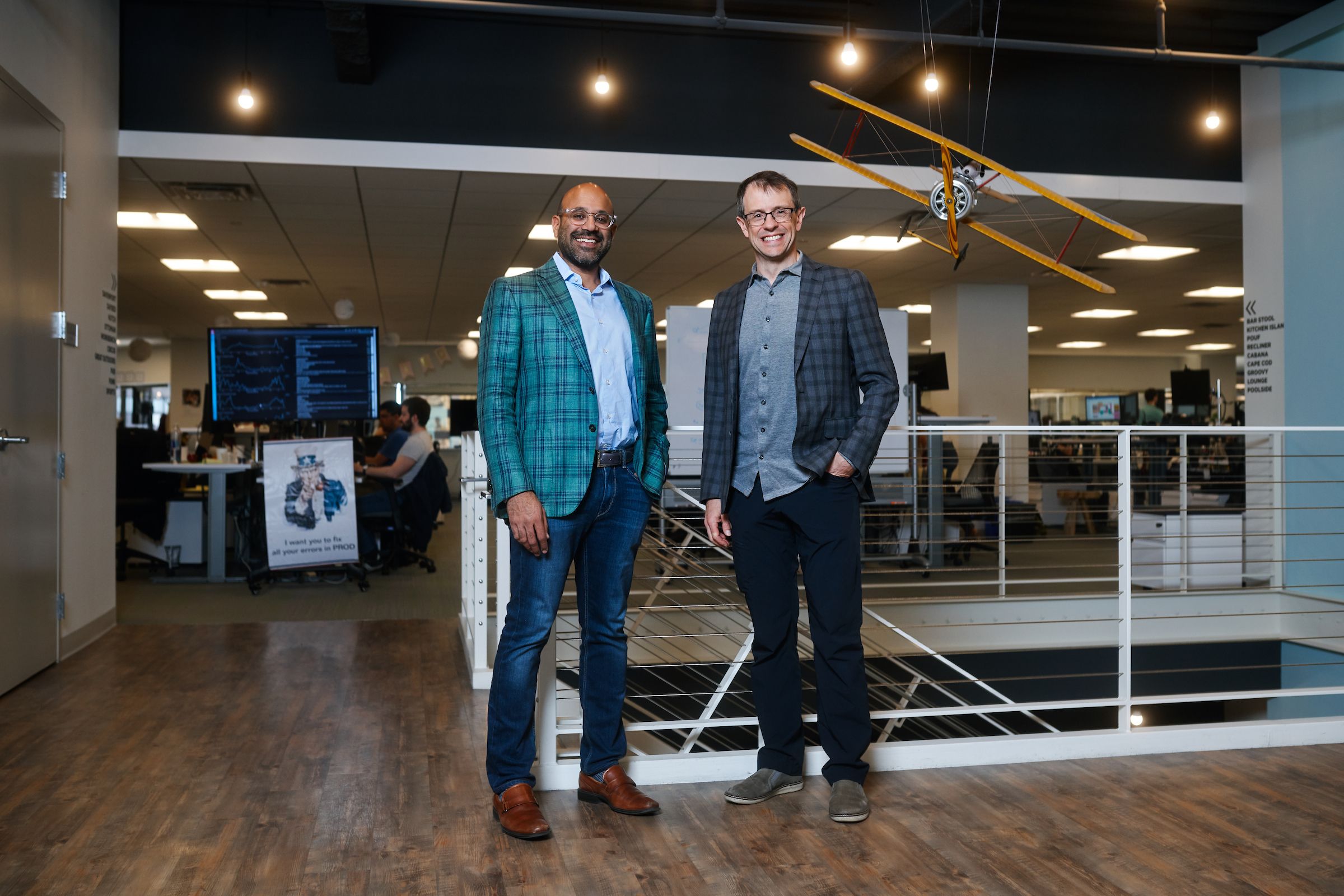 The combined gift, led by the co-founders of the online home-goods retailer Wayfair, helps bolster growth of the college and supports increasing student demand and interest in computing and information science. Enrollment in Cornell Bowers CIS has grown sixfold over the past decade, with an anticipated 2,000 majors this year in the college’s disciplines.

Plans for the building – to be constructed adjacent to Gates Hall, at the corner of Campus and Hoy roads – were announced last December, along with the gift from alumna Ann S. Bowers ’59 establishing Cornell Bowers CIS. When completed, the building will enable Cornell Bowers CIS to both support its rising enrollment and hire additional faculty to advance its innovative, cross-disciplinary teaching and research.

“Niraj and Steve have made a massive mark in both the technology and online retail spaces,” President Martha E. Pollack said. “We are very proud that their Cornell educations have taken them to such heights, and are extremely grateful for their generosity as we move forward with plans for the construction of a much-needed new building at Cornell Bowers CIS.”

“Steve and Niraj are remarkable young entrepreneurs helping to positively integrate technology into millions of people’s daily lives and homes,” said Kavita Bala, dean of Cornell Bowers CIS. “They are an inspiration to the entire tech community, especially our students who are aspiring founders and entrepreneurs.”

Shah and Conine graduated with degrees in engineering, but it was an entrepreneurship course taught by David J. BenDaniel they both took their senior year that changed the trajectory of their lives. The experience of writing a business plan in that class altered Shah’s plans to attend graduate or law school, and Conine’s plan to join the furniture business his mother founded.

“The time that Niraj and I spent as engineering students at Cornell provided the foundation for so many things, from meeting each other in the dorms and starting our first business together, to the Wayfair journey that’s developed since,” Conine said.

They founded CSN Stores (now Wayfair) in 2002, running it out of a spare bedroom in Conine’s Boston home. They rebranded it as Wayfair nine years later; the company, which went public in 2014, now employs nearly 16,000 people and generated $14.1 billion in revenue in 2020.

“The education Cornell provided me was world-class,” Shah said. “My hope is that, with this gift, Cornell can continue to provide students with the knowledge, tools and skills they need to excel in an increasingly complex world. The future of Cornell and its students is bright, and I am honored to contribute to the future of a university which played such an important role in shaping mine.”

Shah was included in Fortune Magazine’s 40 Under 40 in 2013, and has won the EY Entrepreneur of the Year award. He also serves on the board of Massachusetts Competitive Partnership and the Greater Boston Chamber of Commerce. He’s a member of the Entrepreneurship at Cornell Advisory Council, and serves on the Cornell Tech Council.

Both Shah and Conine were named 2018 Cornell Entrepreneurs of the Year.

Shah met Conine more than 30 years ago, when both attended a six-week Cornell summer program for high school students. Then as freshman engineering students, they ended up in the same dorm, just a few doors apart – and a professional and personal partnership was born.

“When I look back,” Steve Conine said, “it’s clear that our experience at Cornell played a key role in the success we have today. I’m proud to be able to give back and contribute to the next generation of students.”

This article first appeared at the Cornell Chronicle on September 28, 2021.