Most people have waited until the last minute to complete a school assignment at some point in their lives, but a new study finds that first-generation students and those belonging to underrepresented ethnic and racial groups turn in assignments later, on average, than their non-marginalized peers.

In the largest study of its kind to date, Sunil Sabnis ‘22, analyzed students’ anonymous grades and assignment submission times for more than 2,000 courses across a large U.S. university. What he discovered may have implications for designing more equitable classes and closing achievement gaps.

“We found that there are significant differences in procrastination behavior among  sociodemographic groups,” said Sabnis, who majored in information science. “More marginalized and vulnerable populations have unique experiences that might drive those differences.”

Sabnis presented this work at the Learning at Scale 2022 conference in a paper entitled, “Large-Scale Student Data Reveal Sociodemographic Gaps in Procrastination Behavior.” He received the Best Undergraduate Paper Award for the study. 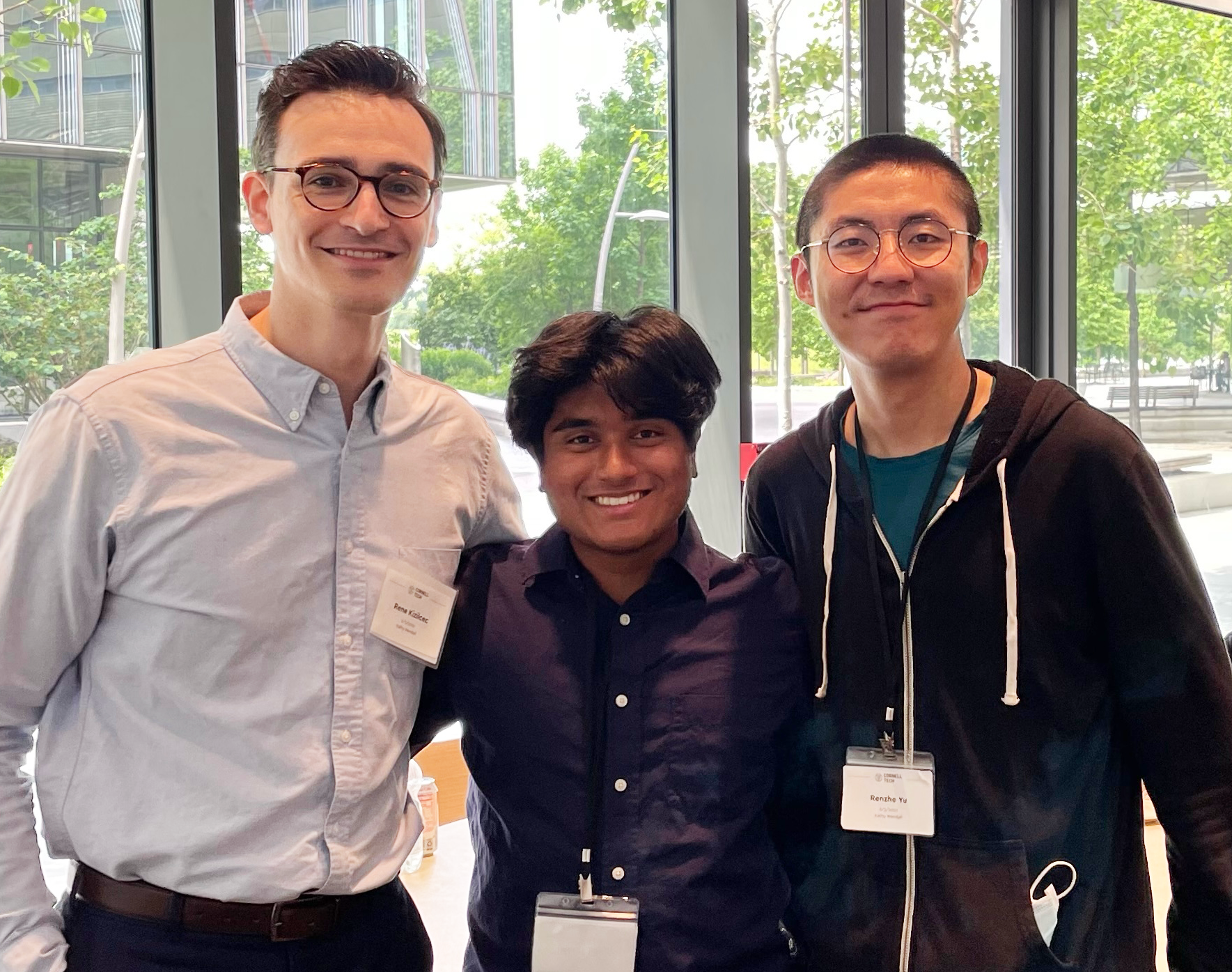 “We believe this is a group-level phenomenon related to the systemic issues that students face, especially first-generation college students and students of color,” said co-author René Kizilcec, assistant professor in the Department of Information Science in the Cornell Ann S. Bowers College of Computing and Information Science. “These groups face unique challenges navigating college – called the hidden curriculum – and they might be working jobs on the side to make ends meet. Those are just some of the factors we believe are driving the stark differences in procrastination that we see in the data.”

As a frequent procrastinator himself, Sabnis was interested in how procrastination habits might impact the performance of first-generation and minority students. For decades, marginalized students have underperformed in college compared to their white and college-savvy peers, and previous research has shown that procrastination leads to worse grades and well-being. Sabnis wanted to know if procrastination plays a role in this achievement gap.

He analyzed about 2.6 million submission records from more than 25,000 students, using data obtained from Canvas, the learning management system from the university he studied. He joined the anonymized data with student demographic information from the registrar to see if specific groups of students had later average submission times than others.

Individuals belonging to a racial minority and first-generation college students procrastinate more than other groups, he found. As expected, students who turned in assignments later tended to perform worse than students who submitted them early. The impact of the procrastination on their grades was sufficient to explain about 20% of the achievement gap observed between marginalized groups and their peers.

Unlike previous research in this area, which looked at submission times in relation to a deadline, Sabnis compared submission times for groups of students relative to each other.  This “allows us to perform a novel behavioral equity-driven analysis in our paper,” he said.

This method also provides a simple and scalable way for instructors to identify procrastinators in their classes who may benefit from additional help. It could also provide a way to measure the success of interventions for at-risk students, to see if they reduce procrastination.

The study provides evidence that the relationship between procrastination and grades varies significantly across the courses in the dataset, suggesting that some courses are better than others at minimizing the damage caused by procrastination. Finding out which of these strategies are effective may be a focus of future research. Providing this information to instructors would enable them to tinker with their courses – perhaps calculating grades differently, shifting deadlines, or allowing accommodations for late work – to reduce the penalty incurred by procrastination.

Finally, this work highlights the value of tapping into the wealth of data held in learning management systems to look not just at student performance, but also at behavior, Kizilcec said. He hopes it will encourage more equity-driven research in the field of learning analytics.

“We're just at the beginning of opening the black box of learning management systems used by universities around the world,” Kizilcec said. “Using educational data science, we can understand the behavioral sources of educational inequalities and develop new approaches to close longstanding gaps in achievement.”

Renzhe Yu of the University of California, Irvine is a co-author on the paper.

Written by Patricia Waldron, a science writer for the Cornell Ann S. Bowers College of Computing and Information Science.